let's talk about the lesbian flag

this isn't going to be a very long post because other people have put it way more eloquently than me already, but i wanted to voice my personal feelings regarding how some people approach the whole lesbian pride flag situation

given the nature of a lot of most vocal queer spaces being both online and frequented by a younger audience, naturally there was a poll held on tumblr of all places where people could vote for what the would replace the lesbian flag with. i didn't get to voice my opinon on this poll, since i only found out about it long after it had run its course, so i can't imagine it had a very good sampling of lesbian culture. it makes me wonder what older lesbian people who have been going to pride parades for several decades now think what "the" lesbian flag should be, i don't think i've ever heard anything to that tone through my circles. so, from my understanding, the resulting sunset flag was picked by a fairly young community: 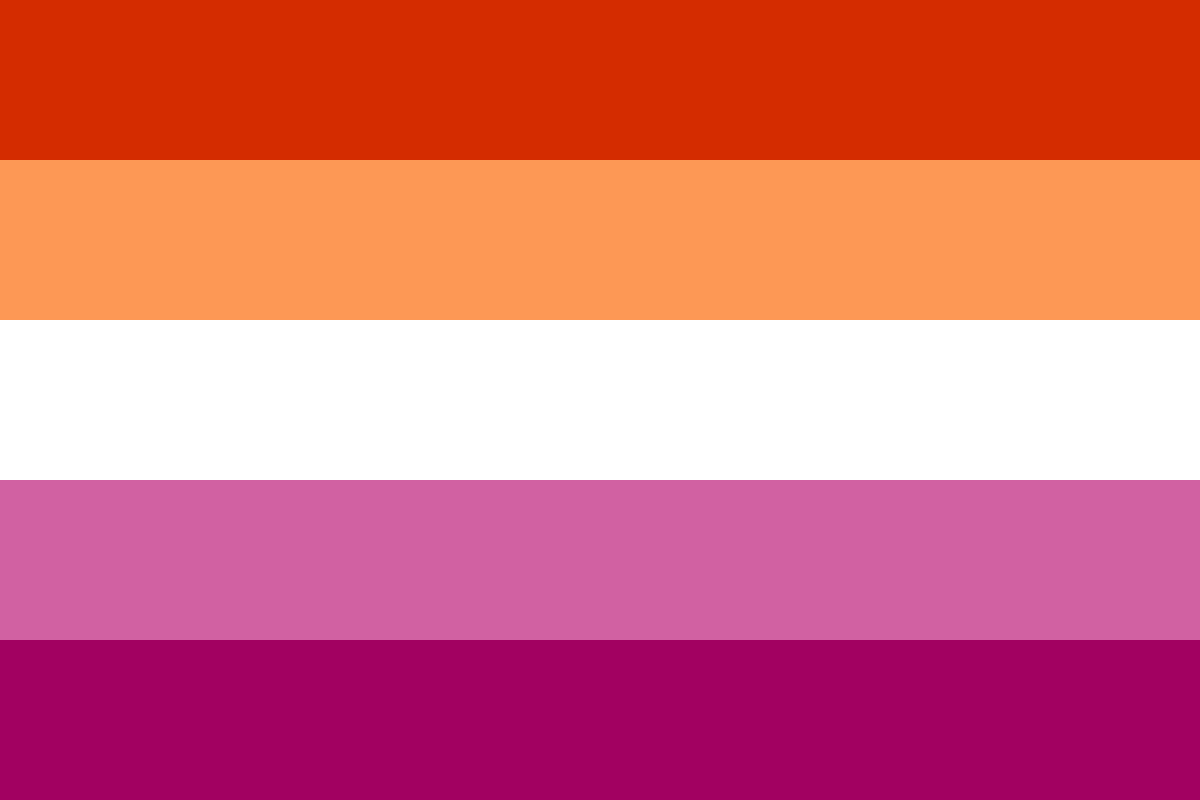 and they were vocal about it and it got picked up as the new de-facto lesbian flag. it's in sims 4, it's in blue's clues. and hey, good for them! they're getting the representation they wanted! but i feel like it's a little unfair to people who didn't get a say in the matter. like i get how they got to that design by simplifying the older lesbian flag and changing the tones so that it can distance itself more from the problematic original. and it's convenient to have something that isn't that big of a change to keep familiarity. but personally me, for example, i don't think that's good enough? i'd like an entirely new flag, unburdened from past baggage. and that's why i prefer this one presented by Lydia and remixed by Maya Kern in this since-deleted and now-archived Medium post:

There is no "official" lesbian flag. At this point, reaching a consensus is unlikely.

Maybe insular lesbian communities will settle on one, but that doesn't amount to a universal lesbian flag.

That's not necessarily a bad thing, though.

We have other symbols of pride. The lesbians who came before us were loud and proud through other means.

As for merch? Sometimes I think we forget that Gilbert Baker made the rainbow flag for us too.

maybe you don't agree with the entire sentiment, and i don't want to force you to. but i think it's important to let people express themselves through whichever symbols of pride they want to use. my lesbian flag is the sapphic flag made by Lydia and Maya Kern, but it doesn't have to be yours.